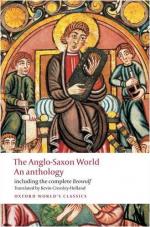 Beowulf, King of the Geatsappears in Epic Beowulf

This character is renowned for his/her epic journeys and battles.

King Alfred of Englandappears in The Anglo-Saxon Chronicle, Exploration, Example and Exhortat

This character creates a system for writing prose in the English vernacular because up to that point it has primarily been a spoken language. It was only written down for poetry or business notations.

This character is from Norway and decides to travel to find out what lies to the north.

Hrothgar, King of the Danesappears in Beowulf

This character is responsible for building Heorot and has to close it down when it is ravaged by a monster.

This character loses his/her arm during a fight with another character.

Caedmonappears in The Kingdom of God, Christian Poems

This character wakes up reciting a beautiful poem.

St. Cuthbertappears in The Kingdom of God, Greetings in Christ