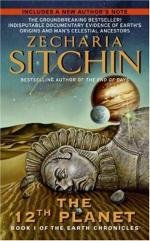 Lesson 1 (from Chapter 1, The Endless Beginning)

Sitchin began the 12th Planet by implying that there was simply no way that the Sumerians could have been knowledgeable enough to make advancements they achieved on their own. Sitchin's assertions are very similar to the ideals of Western Imperialism. Because theses people were "primitive" he thought there was obviously no way they could advance on their own.

1. Define the word primitive. What are the roots of the word?

How has it come to mean something hurtful towards ancient cultures?

How has primitive come to be something negative for present cultures?

Does a person who calls another society primitive have a lot of learning to do?

2. Define Western Imperialism and discuss how it affected areas like Africa, India, and the Middle East. How are these ideals of Western Imperialism similar to Sitchin's assertions of the Sumerians being to primitive to find advancement on their own...