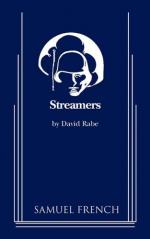 1. Why does Carlyle think that Billy, Richie, and Roger share such a nice room?

3. What does Roger make Billy do when Billy tells him he is "sick-like"?

4. What is Carlyle's job in P Company?

5. What did Billy want to grow up to be?