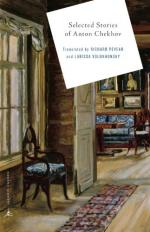 Anton Chekhov
This set of Lesson Plans consists of approximately 168 pages of tests, essay questions, lessons, and other teaching materials.

1. Why is Cherviakov so insistent on apologizing to the General?

2. How does Cherviakov's wife not help his situation with the General?

Cherviakov comes home to tell his wife the story about sneezing on the general. His wife is not too worried because he is a general elsewhere. Cherviakov believes she is taking the situation too lightly. Whether Cherviakov left some of the story out or not, his wife suggests that he go and apologize. Cherviakov probably would have done so on his own, but with added encouragement from his wife, Cherviakov feels even more need to apologize to the General again.

More summaries and resources for teaching or studying Stories of Anton Chekov.