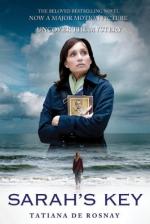 How would you advertise de Rosnay's works to readers? What publicity outlets would you use? What strategies would you use to reach potential readers?

If you were an editor with "Sarah's Key" on your desk, what changes would you ask for?

If you were the sound designer for the movie version of this book, what songs would...