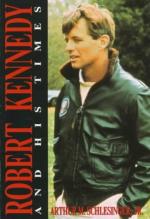 2. Where did Hoover get most of his information about organized crime?
(a) Videotapes.
(b) Bugging.
(c) Infiltration.
(d) Secret observers.

5. Who was murdered during the admittance of black students into college in Alabama?
(a) George Wallace.
(b) Rosa Parks.
(c) Medger Evans.
(d) Robert Brown.

7. Where did Robert Kennedy get a position because of his father's influence?
(a) Attorney General's office.
(b) Senate.
(c) Senate Investigations Committee.
(d) House of Representatives.

8. What did Robert Kennedy find about the comparative treatment of individuals in the court system?
(a) Those who were poor always rotted in jails.
(b) Those with money for bail and personal counsel usually were released.
(c) The ones who came from wealthy families were never prosecuted.
(d) The ones who were illiterate suffered the most.

9. What was one of the first actions taken by the new Attorney General for the Kennedy administration?
(a) To outlaw the Confederate flag.
(b) To put Cuban revolutionists into prison.
(c) To build bigger prisons.
(d) To make the Justice Department less formal and holding meetings with virtually all employees.

10. What did Robert Kennedy think were the two reasons for juvenile delinquency?
(a) Safety and cleanliness.
(b) Nutrition and sleep.
(c) Education and community involvement.
(d) Lack of opportunity and access to a middle class life.

11. What did America have to do to prevent the rise of Communism?
(a) Become more involved in world affairs.
(b) Give away land.
(c) Install a puppet regime in Indochina.
(d) Lead insurgent armies.

12. Who wanted to immediately take action to retaliate against the placement of missiles in Cuba?
(a) Doves.
(b) CIA.
(c) Hawks.
(d) Pentagon.

1. Which two offices did the FBI director covertly oppose?

2. What event in Wisconsin invoked the ire of Republicans?

3. After the landmark anti-trust case, what distinction occurred between the two political parties?

4. What was a difficult decision that the Attorney General Robert Kennedy faced during judicial prosecutions?

5. What disastrous incident failed miserably in Cuba and resulted in the death of numerous invading troops?

Robert Kennedy and His Times from BookRags. (c)2022 BookRags, Inc. All rights reserved.