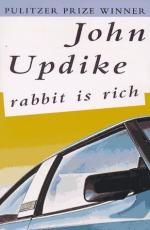 Write a Haiku, which you think summarizes the book.

Find a partner and choose a subject from the book to research. It can be a character or a setting, but the...