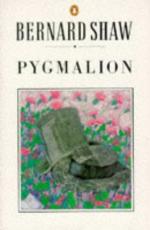 Read the descriptions of the characters Liza, Pickering, Higgins, Mrs. Higgins, and the Eynsford Hills as given in the stage directions of the play when each character first appears onstage. Then, sketch the characters as you envision them. Be sure to represent their manner of dress and physical appearance according to how it is described in the play, but use your imagination to fill in the details not provided by Shaw.

Imagine that you are a tabloid reporter who has learned about Higgins's scheme to make Liza Doolittle into a lady. Write a story exposing the scheme, being sure to make the story as scandalous and sensational as possible. Be sure to describe Liza's appearance at the ambassador's party and include quotations from others who see Liza, for instance, Nepommuck and Mrs. Eynsford Hill.

Imagine that Liza Doolittle writes to an...