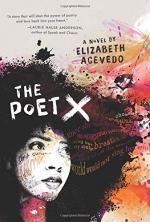 Related Topics
With the Fire on High
Clap When You Land

Elizabeth Acevedo
This set of Lesson Plans consists of approximately 156 pages of tests, essay questions, lessons, and other teaching materials.

Imagine that Acevedo is planning to write a sequel to The Poet X. Write a short reflection discussing your predictions of what might happen in a sequel. Include the way in which the relationship between Xiomara and Mami evolves as Xiomara grows into an adult, and other elements you think would be covered in a sequel to the novel.

Act Out a Scene

Choose a short and poignant scene from the novel, such as the moment when Mami burns Xiomara’s precious journal. Prepare a script and act out the scene in a small group.

Write a short story in which Xiomara is the one in the family who attends a “genius school,” while Xavier attends a Harlem public school.

Find a celebrity in the media who identifies as Latina and compare the celebrity’s comments about their...