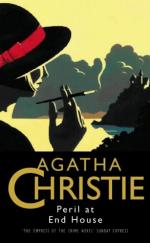 Agatha Christie
This set of Lesson Plans consists of approximately 110 pages of tests, essay questions, lessons, and other teaching materials.

This quiz consists of 5 multiple choice and 5 short answer questions through Chapter 21, The Person—K. and Chapter 22, The End of the Story.

5. The Constable is worried that the ______ will hear about Poirot's involvement in the case.
(a) Killer.
(b) Newspaper.
(c) Lead inspector.
(d) Police commissioner.

2. What word would Poirot use to describe Nick's lifestyle?

3. Poirot manages to get Croft's fingerprints from a ____.

4. At this point who is the only person not being viewed as a suspect?

5. Who objects to the cover up?