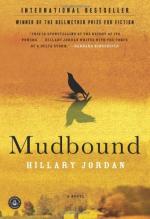 This quiz consists of 5 multiple choice and 5 short answer questions through Part 2.

4. Why did Henry leave town while courting Laura?
(a) He had a work trip.
(b) He had to attend a funeral.
(c) He had some family business to attend to.
(d) He wanted to travel.

2. What does Florence sense when Ronsel comes home from the war?

3. How many of Laura's brothers are called to the draft?

4. What does Henry think will help Jamie after the war?

5. Why did Ronsel think people in the U.S. would treat him differently after the war?