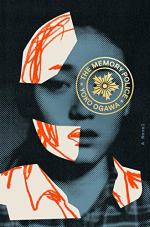 1. The unnamed narrator of The Memory Police states in Chapter 1 that her mother had been what type of artist?
(a) A dancer.
(b) A poet.
(c) A painter.
(d) A sculptor.

2. The unnamed narrator recalls that her mother had used what room in the house for her studio?
(a) The attic.
(b) The sun room.
(c) The kitchen.
(d) The basement.

5. In or on what piece of furniture did the unnamed narrator's keep her disappeared objects?
(a) A desk.
(b) A drafting table.
(c) A bookcase.
(d) A cabinet.

6. The unnamed narrator recalls her mother telling her that which type of stone had been inherited from the narrator's great-grandmother?
(a) An amethyst.
(b) An opal.
(c) An emerald.
(d) A sapphire.