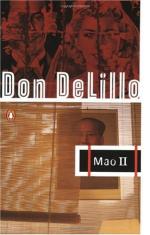 Don Delillo
This set of Lesson Plans consists of approximately 100 pages of tests, essay questions, lessons, and other teaching materials.

In his mid-thirties, he is portrayed throughout the narrative as a somewhat obsessive and controlling personality. His strength, commitment and skills come in undeniably useful for someone as lost in himself as Bill is.

This assertive character is an artist, driven at this stage of her life by a desire to get to the truth.

This character is a follower, easily and willingly led by stronger personalities or, in the case of the troubled community with which she becomes involved in the middle of the novel, a stronger sense of need.