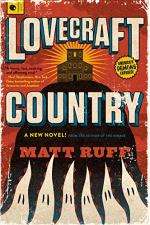 Matt Ruff
This set of Lesson Plans consists of approximately 137 pages of tests, essay questions, lessons, and other teaching materials.

1. What game allows Horace to communicate his need for help in Chapter 7?

2. According to Henry in Chapter 6, what is the name of Black servant with whom he fell in love?

3. What happens when Horace tries to speak about his bad situation in Chapter 7?

4. According to Henry in Chapter 6, what caused his mother’s death?

5. What is inside the package Caleb gives to Lancaster during the meeting in Chapter 8?

1. What does Caleb want from Montrose at the start of Chapter 6?

2. What is the official cause of Henry Narrow’s death? What suspicious information did David Landsdowne discover, as he tells Montrose in Chapter 6?

3. What happens to Ruby on New Year’s Eve, as revealed in Chapter 5?

4. What information does Henry reveal about his father in Chapter 6?

5. What two pieces of information does Ruby discover about Caleb at the end of Chapter 5? How does she react?

6. According to Caleb at the end of Chapter 7, why did Captain Lancaster curse Horace?

7. To whom does Horace go for help in Chapter 7? How does he communicate his message?

8. How is Captain Lancaster defeated in Chapter 8?

9. What is Hippolyta’s dream? What has prevented her from pursuing it, as revealed in Chapter 4?

10. Who is Ruby? Of what crime was she accused at the start of Chapter 5?

The characters in Lovecraft Country all highlight the idea the past is never truly past. Choose three characters and explain how each illustrates this idea, using textual evidence to support your claims.

The antagonist of a novel is a character or force who works in opposition to the protagonist. Who is the antagonist of the novel? Caleb Braithwhite? Captain Lancaster? Or perhaps the antagonist is not a person at all? What do you think? Make a case for that which you believe best fits the criteria of an antagonist.

Atticus experiences great change over the course of the novel. In what ways does he change and in what ways does he remain the same? By the novel’s end, is he better for these changes? What makes you say this? Explain your opinion using examples from the text.