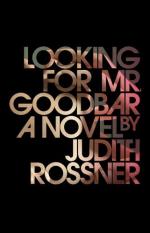 What did Theresa's obituary say about her? Use an obituary from a newspaper as a model and write one for Theresa.

Write the newspaper article telling of Theresa's murder, the capture of the murderer, his extradition to New York, etc. Use inverted pyramid style of writing and be sure not to editorialize.

Fill in the blanks

There are a few blanks in the story. Who found Theresa? What led police to Gary? Write your answers to fill in what's missing.

Have you ever received a questionnaire email asking you to answer questions about yourself...