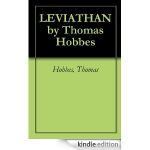 Thomas Hobbes
This set of Lesson Plans consists of approximately 138 pages of tests, essay questions, lessons, and other teaching materials.

• Introduction of natural law and the need to give up certain freedoms.

• Hobbes discusses the idea of contract for a commonwealth.

• Hobbes adds a second layer of religion to create the Christian commonwealth.

• Hobbes discusses imagination as simple or compound and how it leads to false ideas.

• Hobbes discusses the idea of reason and how men come to conclusions.

• There is a need for judges to settle differences.

• Hobbes goes into his arguments against metaphorical conclusions that make no sense.

• Learning and trading of ideas is extolled as the pathway of reason.

• Continuing with his metaphor of the commonwealth as a body, Hobbes discusses motion.

• Hobbes emphasizes appetites and aversions as either innate or developed.

• The source of information makes a difference...