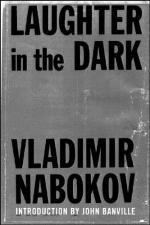 Vladimir Nabokov
This set of Lesson Plans consists of approximately 128 pages of tests, essay questions, lessons, and other teaching materials.

1. At the beginning of the novel what project is Albert trying to get off the ground?

At the beginning of the novel, Albert is trying to get help to produce an animation project based on the works of the Old Masters. The project requires thorough artistic knowledge and a great deal of cash. There are technical difficulties in capturing the correct colors.

2. Describe the relationship between Albert and his wife as the novel begins.

Albert has been married to his wife Elisabeth for nine years. It is said that he married her simply because it happened, and she thrills him no more than other premarital loves. However, he has remained faithful to her through their marriage. The only topic which Albert is not frank about with Elisabeth is lust.

3. How is Margot described when Albert first sees her?

When Albert sees Margot for the first time at the cinema, she is described as a slight girl with a pale face. It is a face he tries not to dwell on for too long. When the lights go up, Albert stares at her. She is sulky, painfully beautiful, and about eighteen years old.

Laughter in the Dark from BookRags. (c)2020 BookRags, Inc. All rights reserved.