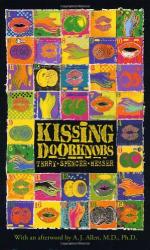 3. What is a literary device in which an author indistinctly suggests certain plot developments that might come later in the story?
(a) Metaphor.
(b) Oxymoron.
(c) Simile.
(d) Foreshadowing.

4. What refers to the part of narrative where the main part happens or the most dramatic part?
(a) Exposition.
(b) Climax.
(c) Rising action.
(d) Denouement.

5. The American Legion was founded by veterans returning from what war?
(a) World War I.
(b) The Civil War.
(c) World War II.
(d) Vietnam.

6. When Tara and her friends are looking at magazines in Chapter 7, who exclaims how good the models look?
(a) Keesha.
(b) Greta.
(c) Anna.
(d) Kristen.

8. Tara says that she spent a lot of time with her mother until when, in Chapter 2?
(a) Fifth grade.
(b) Kindergarten.
(c) Third grade.
(d) First grade.

11. When Tara asks Donna why she hangs out with her, Donna says that she admires the way Tara can do what, in Chapter 12?
(a) Stay positive about the future.
(b) Forget about the past.
(c) Get lost in her head.
(d) Remember numbers.

13. In Chapter 8, Tara's father spends more and more time and energy transforming the American Legion into "a community center filled with life, laughter and piles of" what?
(a) Hope.
(b) Cash.
(c) Food.
(d) Laughter.

15. In Christianity, what is for the majority the rite of admission into the Christian Church generally and also membership of a particular church tradition?
(a) Easter Sunday.
(b) Christmas.
(c) Lent.
(d) Baptism.

1. What is Tara's least favorite class in Chapter 3?

2. Tara fears that her parents will do what in Chapter 6?

3. What is a literary figure of speech that uses an image, story or tangible thing to represent a less tangible thing or some intangible quality or idea?

4. How old is Donna when Tara meets her in Chapter 11?

5. What is the name of Tara's neighbor who sees her fleeing from her friend in Chapter 1?