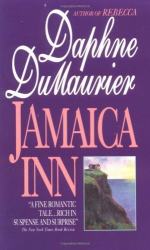 1. What does Jem notice about Mary's appearance in Chapter 13?
(a) Her injuries.
(b) Her tear stained cheeks.
(c) Her disheveled hair.
(d) Her torn dress.

2. What does Mary do when she goes downstairs in Chapter 13?
(a) Lets Harry go.
(b) Helps Patience.
(c) Goes through the cargo for anything useful.
(d) Steals some of Joss' papers from his desk.

8. How do Joss and his friends kill the carriage driver?
(a) They cause him to have a heart attack.
(b) The strike him on the head.
(c) They shoot him.
(d) They strangle him.

10. What does Mr. Davey say will stop Joss from causing ships to wreck?
(a) Finding employment.
(b) Coastal guards.
(c) The threat of divine judgement.
(d) Nothing.

15. How does Mr. Davey attempt to misdirect the men following him?
(a) By leaving tracks which lead in the wrong direction.
(b) By setting the horses free.
(c) By heading back in the direction he came from.
(d) By throwing rocks.

1. What is the purpose of the signal light Mary finds?

2. What does Mary lose hope of doing in Chapter 14?

3. What does Mary find at the vicarage which disturbs her?

4. Where does Mary think she can stay until she saves up some money?

5. How much does Jem get for the high-bred pony?