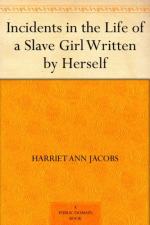 2. Why is Linda hiding in the swamps?
(a) Linda's hider kicks her out and she had no other place to go.
(b) She is waiting for a new secure hiding place.
(c) The Flints find Linda and she flees to the swamps.
(d) Linda enjoys the swamps.

3. What event happens to Linda during her second winter in her den?
(a) Benny becomes very ill.
(b) Dr. Flint finds out where she's hiding.
(c) Her grandmother dies.
(d) She becomes very ill.

4. Why doesn't Linda tell her family about her hiding place?
(a) So they can truthfully say they have no idea where she is.
(b) So they cannot turn her in to The Flint family.
(c) Linda never hid, so she had no reason to tell them anything.
(d) To protect her children.

5. How are the biracial children of slaveholders treated?
(a) The slaveholders did not father any illegitimate children.
(b) They stay with their mothers, but are granted freedom.
(c) They are treated the same as any other slave.
(d) They live with their fathers.

1. Who informs Linda that her children have been sold?

2. Who does Mr. Sands inform of his true relationship with Benny and Ellen?

3. How does Dr. Flint try to force Linda into submission after she has her children?

4. How do Linda and William remain connected?

1. In Chapter 20, how does Dr. Flint react when he discovers Linda's children living happily in town with their great-grandmother?

2. How do the Flints and Aunt Marthy react to Linda's news that she is pregnant?

3. Using examples from the text, explain why some slaves believe the lies told to them about the North.

5. How does Mrs. Sands react when she finds out the relationship between Mr. Sands and Benny and Ellen?

6. Describe some of the instances that occur on Mr. Litch's plantation.

7. Why does Linda want it to appear that she fled to the Northern states?

8. Using examples from the text, give three instances supporting the author's claim that she had a happy childhood.

9. How does Benny justify that there must be a Santa Claus when another child tells him that Santa is fake?

10. Describe in detail the area that Linda hides in at her Aunt Marthy's house.

More summaries and resources for teaching or studying Incidents in the Life of a Slave Girl.

Incidents in the Life of a Slave Girl from BookRags. (c)2021 BookRags, Inc. All rights reserved.