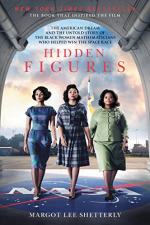 Design a spacecraft to transport humans to another planet. Think about a journey that would take years to make so that people would need to live on the ship for an extended period of time. Either draw the spacecraft or create a 3D model. Include a short essay describing the amenities available on board and how practical needs like food and water will be met.

Hidden Figures has been made into a motion picture. Watch the movie and compare and contrast it with the book in a discussion following the viewing.

Watch one or two episodes of the original Star Trek series with the class. Afterward, discuss how Lt. Uhuru is portrayed. How does she dress? What is her job? Why was her role so important at the time? Are you surprised that her character was such an important figure to African...

More summaries and resources for teaching or studying Hidden Figures.