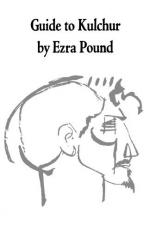 3. In "The History of Philosophy Is ...?" the author notes that many philosophers tried to understand the world totally apart from what?
(a) Observation.
(b) Experience.
(c) Science.
(d) Religion.

5. According to Pound, who was the last of the philosophers to really "get hold of something" and among the last to worry about reconciling churches?
(a) Holmes.
(b) Liebniz.
(c) Aristotle.
(d) Descartes.

2. What composer does the author comment on in "Kulchur: Part Two?"

3. Whose introduction in London does Pound praise?

4. Civilization involves a sound balance of what?

5. What does the author see as swiftness in a given field?

2. How does Pound describe the Greeks and Christians in "Sparta 776 B.C.?"

3. What does Pound say about the lowest noises that can be heard?

4. Explain the two sorts of ideas Pound identifies in "The New Learning."

5. What does Pound say about philosophers in the opening of "The History of Philosophy Is ...?"

6. What does Pound seek in "Guide to Kulchur: Part Two"?

7. Give an example of aesthetic criticism in "Guide to Kulchur".

8. What did H. L. Mencken write to Pound about usury? What was Pound's response?

9. What is usury? How does Pound relate usury to rulers of people?

10. What does Pound say about answering critics?