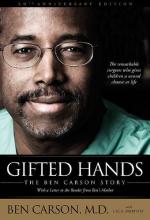 1. What did the author promise God after he took his exam, in "College Choices"?
(a) To never put Him in that position again.
(b) To do something special for his mother.
(c) To go to church that weekend.
(d) To study longer for the next exam.

2. What gift does the author say has been an invaluable asset as a surgeon?
(a) His physical coordination.
(b) His ability to see in three dimensions.
(c) His aptitude for math.
(d) His ability to attract friends.

5. What did the author receive for making the fifth-hour class the best unit in the school?
(a) He received a trophy.
(b) He was given permission to leave school early.
(c) He was promoted to second lieutenant.
(d) He received a certificate.

6. Why did the author and his brother give up football in "Two Positives"?
(a) They decided to join the math team instead.
(b) They were threatened by a group of men after practice.
(c) Their mother made them quit the team.
(d) They thought the coach was too hard on them.

7. What did the author's mother consistently ask him about, no matter how tired she was?
(a) Friends.
(b) Chores.
(c) School.
(d) Church.

8. What does the author say worship services and Bible lessons frequently focused on?
(a) Bad parents.
(b) Politicians.
(c) Moses.
(d) Missionary doctors.

9. Where did the author's family move, after his mother decided to rent their house?
(a) Boston.
(b) Chicago.
(c) New York City.
(d) Detroit.

12. Who does the author credit for helping him control his temper throughout his life?
(a) God.
(b) Mary Thomas.
(c) His mother.
(d) Curtis.

14. What did the author decide to do when he realized he could not control his temper?
(a) Talk to his mother.
(b) Get counseling.
(c) Pray.
(d) Pretend nothing happened.

1. What did the Yale admissions office pay for the author and Candy to do before Thanksgiving 1972?

2. What was the author offered, after he had dinner with Congressional Medal winners?

3. What consequence did the author face if he failed a college class?

4. What does the author say is the truth he learned much later about his father?

5. When does the author say he worked at Wayne State University in one of the biology laboratories?