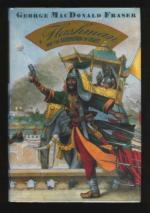 Flashman and the Mountain of Light: From the Flashman Papers, 1845-46 Fun Activities

In the playground, divide the class into two groups, Team A and Team B. Each team has a military base with a flag planted in the middle that they need to protect, while trying to obtain their opponents flag. Additionally, each team is armed with tennis balls. They can kill an opponent by hitting him her below the knee.

Write down the locations from the book on pieces of paper and put around the school playground or gym hall. One person should then describe one of these locations in one sentence and the others have to find the right location.

Choose a character from the novel, and in two minutes write down as many words as possible that you can associate...

Flashman and the Mountain of Light: From the Flashman Papers, 1845-46 from BookRags. (c)2020 BookRags, Inc. All rights reserved.