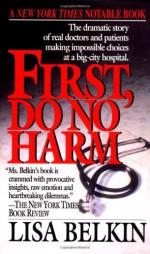 1. What fact must the ethics committee face?
(a) They must cut the jobs of approximately 100 staff.
(b) The hospital must go from privately-funded to publicly-funded.
(c) They cannot afford to give everyone the care they need.
(d) The hospital is going to go bankrupt.

4. What does Lin Weeks feel that the purpose of medical care is?
(a) To make people appreciate what they have more.
(b) To give people healthy, happy lives.
(c) To make a patient's loved ones feel that they are doing all they can to help.
(d) To preserve life, regardless of its quality.

5. What happened to the Advani family?
(a) Hermann had to cut them off and send them to another hospital.
(b) They held a fundraiser to help offset the costs of their son's care.
(c) Hermann was able to finance all of their care, and treat their son for free.
(d) Their son died because Hermann refused to finance his care.

7. What is Armando not allowed to do at the Total Life Care Center?
(a) Have his family bring food to him.
(b) Be rude to the nurses.
(c) Have his family come to visit.
(d) Have female visitors.

8. What is immediately noticeable about Landon when he is born?
(a) His eyes remain closed.
(b) He has difficulty breathing.
(c) He has a large red mass on his back.
(d) He is missing several fingers and toes.

11. Patrick is able to absorb even fewer nutrients due to what?
(a) His kidney problems.
(b) His antibiotics.
(c) His heart arrhythmia.
(d) His constant vomiting.

12. What point does Cindy make, regarding Armando, at the end of Chapter 16?
(a) His rude behavior toward the nurses shouldn't be tolerated.
(b) If he doesn't live, it will be bad press for the hospital.
(c) His condition is worsening fairly rapidly.
(d) He will almost definitely live, and therefore he is a liability to the hospital.

15. Why does Patrick choose the treatment option he does, in Chapter 20?
(a) He is afraid of surgery.
(b) He wants them to do whatever they can to give him a normal life again.
(c) He doesn't want any more treatments, because he wants to die.
(d) He wants to avoid the daily ritual of fishing for veins with the IVs.

1. What does Javier do after leaving Hermann?

2. How often does Lin Weeks deal with death?

3. Where does Teresa often see the Sparks?

4. According to Belkin, what is "First, Do No Harm" about?

5. Why does Fran want to remove Taylor's ventilator?

First, Do No Harm from BookRags. (c)2023 BookRags, Inc. All rights reserved.