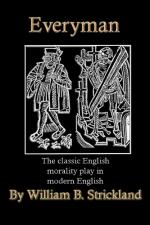 Anonymous
This set of Lesson Plans consists of approximately 111 pages of tests, essay questions, lessons, and other teaching materials.

This quiz consists of 5 multiple choice and 5 short answer questions through Everyman.

1. How does Everyman feel when Fellowship says he would die for Everyman?
(a) He is angry
(b) He offers to do the same for him
(c) He feels lucky to have such a friend
(d) He doesn’t believe him

3. Why does Good Deeds wonder if she will make a difference for Everyman?
(a) She is alone
(b) She is very weak
(c) She is very old
(d) She is not familiar to most

4. Who does Confession tell Everyman to follow?
(a) Kindred
(b) Strength
(c) All of the above
(d) Knowledge

1. What does Five Wits say Priests should teach?

2. What does Goods want to kill?

3. How does Everyman feel when the first of his friends leaves him when he is ready for his reckoning?

4. Who is the third friend Everyman goes to for help?

5. What kind of judgment is Everyman told to live by?

More summaries and resources for teaching or studying Everyman.