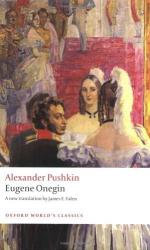 1. What does Eugene Onegin think about as he travels to his ailing uncle's bedside?
(a) He much he dislikes the country.
(b) How boring tending his uncle will be.
(c) How fleeting life is.
(d) How much his uncle has done for him.

2. What can be said of Eugene Onegin's father?
(a) He was irresponsible with money.
(b) He was dissappointed in Onegin.
(c) He devoted everything to his son.
(d) He was devoted to the care of his estate.

3. Which of the following personages best describes Onegin?
(a) A discontent who finds everthing beneath him.
(b) A witty and eloquent dandy who dances well.
(c) A well meaning but naive child of Russian aristocracy.
(d) A snobbish aristrocrat who manipulates people for his political advantage.

4. What can be said of Onegin's education?
(a) He was never exposed to great minds and so lacked inspiration.
(b) It was just enough for him to pass as well educated.
(c) It offered him an escape from his life through classic literature.
(d) It was a rigorous regime inflicted on Onegin since he was small.