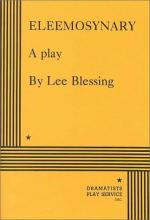 1. How old was Artie when Dorothea cut off the lock of her hair?
(a) Artie was seven.
(b) Artie was in her thirties.
(c) Artie was an infant.
(d) Artie was eighteen.

2. What does Echo do as Artie leaves the auditorium after the spelling bee?
(a) Cries openly.
(b) Runs after her.
(c) Begs her to stay.
(d) Smiles and waves good bye.

3. What kind of winner was Echo?
(a) Quiet, but proud.
(b) Grateful and kind.
(c) Obnoxious and cruel.
(d) Quiet and unassuming.

6. Why does Artie not like the vortex?
(a) She thought the building might fall down with her in it.
(b) She feels uncomfortable standing in a circle.
(c) It disturbs her because she does not like rules to be broken.
(d) She does not like the loud noise of racecars.

7. How hard was it for Echo to get to the National Spelling Bee?
(a) She only made it because another contestant became ill.
(b) She had to practice a lot.
(c) She barely made it there.
(d) She got there easily.

11. Why aren't Artie and Dorothea happy about Echo winning?
(a) They wanted Echo to feel what it was like to lose.
(b) They didn't want Echo to think anything had changed between them.
(c) They think that Echo cheated.
(d) They feel sorry for the little boy Echo defeated.

12. What was important about the trip back east to Dorothea?
(a) Eating in 5-star restaurants.
(b) Getting home as quickly as possible.
(c) Shopping in stores along the way.
(d) Making educational stops for Echo.

13. Instead of coming to see Echo, what does Artie do?
(a) She sometimes calls her on the phone.
(b) She asks Echo to meet her.
(c) She never contacts Echo.
(d) She write her a letter everyday.

14. What happens when Echo is seven?
(a) Artie remarries and takes Echo back to live with her.
(b) Artie gets a job 50 miles away from her.
(c) Artie moves back in the house with Dorothea and Echo.
(d) Echo runs away.

1. Who meets up after the spelling bee?

2. What did Artie do right after kissing Dorothea after the spelling bee?

3. Why does Echo buy the Robinson Crusoe book?

4. How does Artie tell Echo about the National Spelling Bee?

5. What is Echo's frame of mind as she spells her words?