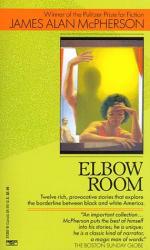 This quiz consists of 5 multiple choice and 5 short answer questions through "Problems of Art".

1. Why does Willis have to avoid Bertha, the cook?
(a) She is mean and carries a gun.
(b) She is Willis's girlfriend.
(c) She is his aunt's neighbor.
(d) She is a snitch for the police.

2. What does Butler consider the processes being worn by other black men, but don't imitate the whites?
(a) A waste of time.
(b) Devil's work.
(c) To expensive to allow a profit.
(d) To modern for him.

3. Why does the narrator want to go back to square dancing?
(a) To show everyone that he can do what his father says he can't.
(b) To trip Leon and teach him a lesson.
(c) To avoid having to be with Queen Rose.
(d) To get one swing with Gweneth.

4. What is the only thing Billy wants from William when he visits him at the farm?
(a) To stop talking and give him some gum.
(b) To talk about his mother.
(c) To go across the road and buy him lunch.
(d) To help him get away from the farm.

5. What does Mrs. Farragot explain to her attorney about Winfield?
(a) That he often talks around a point.
(b) That he is intimidated by judges.
(c) That he doesn't like white people.
(d) That he doesn't know what to say.

1. When are the pay-ups that R.V. is requesting due?

2. What was the occupation of Billy and William's namesake?

3. What has made Mrs. Farragot notorious at Project Gratis?

4. Who is looking for Billy at the end of the tale?

5. What is it rumored that Billy lost fighting a redneck near Limehouse, SC?