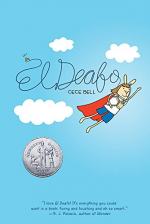 This object symbolizes the danger faced by Cece when she contracts meningitis at the beginning of the narrative. The doctors painfully extract this object from Cece and use it to determine the diagnosis of the disease that will soon rob Cece of her hearing.

This object symbolizes comfort. When Cece is accused of cheating at school, she comes home in utter dejection and is worried about her parents' reaction to the accusation. To her surprise, Cece finds that her mother believes in her innocence and has even brought her this object to cheer her up.

This object symbolizes the bond between Cece and her father. Cece's father brings this object to Cece as a present and she can hardly sleep that night because she is so excited to show this object to everyone at the bus stop and at...