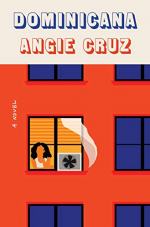 Angie Cruz
This set of Lesson Plans consists of approximately 124 pages of tests, essay questions, lessons, and other teaching materials.

1. How does Ana describe the first time that Juan Ruiz proposed to her?

Ana says that the first time that Juan Ruiz proposed to her, she was 11 years old. She was skinny and flat-chested. She was nearly asleep, her frizzy hair had escaped a rubber band, and her dress was on backwards.

2. What does Teresa say about love when she sneaks out to meet El Guardia?

Teresa says when you fall in love, you have to play it out even if everyone calls you crazy. It is called falling in love because a person has no control over it. She says that love is not a choice for someone to make.

3. What was the place like that Juan rented the first time he went to New York?

The first time that Juan went to New York, he rented a place to stay in a building with a broken front door. The lightbulbs in the lobby were missing. There was a musty smell. There were five flights of stairs to his room. His room had two mattresses--one for him and one for another boarder. He paid $10 a week for the place.