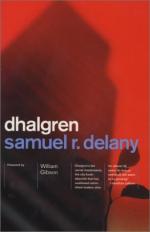 2. Why does Lanya become upset with the rest of the scorpions?
(a) They are mean to her and hurt her feelings.
(b) She finds out they attacked her when she was younger.
(c) The scorpions break into a house and force the occupants out.
(d) They take up too much of the Kidd's time.

3. What happens to the poems Kidd writes while he lives with the scorpions?
(a) They are ripped up by Calkins.
(b) Lanya takes the poems and stores them for Kidd.
(c) They are stolen by Frank.
(d) Lanya tears them up.

4. Why are people asking questions about Kidd?
(a) He is very popular and fun to be around.
(b) Kidd is seen as a celebrity in Bellona.
(c) Kidd is still an outsider.
(d) Because he is the leader of the scorpions.

5. To what does she let the children listen everyday?
(a) A television show from the 1950s.
(b) Her recorded voice.
(c) An old record she has.
(d) A recording of her playing the harmonica.

1. The next day, when Lanya, Kidd, and the scorpions go outside, what do they notice?

2. Prior to now, what did Kidd consider Lanya to be?

3. How have the characters been unable to grow themselves throughout the book?

4. What does Kidd wonder as they arrive at Calkins' house?

5. Now that Kidd is a full scorpion, what is his relationship like with Lanya?

1. What is important in the scorpions dialogue?

2. Why does June try to go to her brother for help?

3. Although Kidd and Lanya seem to have known each other for a while, what side of her did he never see ?

4. What does everyone's willingness to participate in group sexual acts say about the people in Bellona?

5. As Chapter 5 opens, what is Kidd wondering?

6. How has Lanya and Kidd's relationship changed?

7. Why is Edward probably frightened to leave Bellona?

8. Does Kidd realize what he is writing?

9. All of the residents are wondering what is happening in the sky. How do they work to find a solution?

10. Why is this chapter difficult to understand?