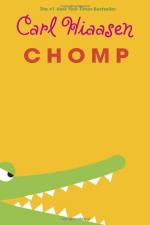 Carl Hiaasen
This set of Lesson Plans consists of approximately 138 pages of tests, essay questions, lessons, and other teaching materials.

Make a list of animals that you would like to care for if you were an animal wrangler.

Create a diorama of Mickey's backyard.

Make a list of food that you would buy if you were making a trip into the Everglades.

Draw a picture of Tuna and Wahoo.

Create a list of the names of creatures mentioned in the book and their scientific names.

Create a travel brochure of the Everglades for someone who wants to tour the area.

Discuss with a group your concept for a survival show. Talk about location, stunts, and other logistics for the show.

Research alligators. Write a paragraph or two discussing what you learn about them, their habitat, and their way of life.

Use a Venn diagram graphic organizer to contrast Derek's image on his television show...