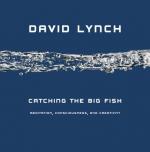 David Lynch
This set of Lesson Plans consists of approximately 108 pages of tests, essay questions, lessons, and other teaching materials.

1. Discuss Lynch's first experience with Transcendental Meditation or TM. When did the experience occur? What was Lynch's opinion of the practice before he started?

Lynch was introduced to the concept of Transcendental Meditation or TM in 1973. Lynch lived in Los Angeles at the time. Lynch's first impression of TM was that it seemed like a waste of time. Additionally, telling people to go within and not telling people where "within" is, seems cruel.

2. Explain how and why Lynch changed his thinking regarding TM.

Lynch learned that his sister had been practicing TM for six months. There was a drastic change in her life. The tone of her voice made Lynch realize he wanted to exchange fear and depression for that same happiness.

3. Explain when and where Lynch tried TM for the first time. How has that experience affected Lynch's life?

Lynch went to the TM center in Los Angeles, where he learned about the ease and positive effects of TM. The first few times he practiced TM brought about drastic changes in his behavior. Thirty-three years later, Lynch has not missed a single session.