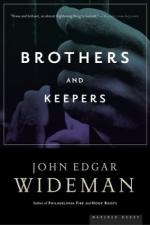 Related Topics
Newborn Thrown in Trash and Dies
Writing to Save a Life: The Louis Till File

4. How does Robby characterize the people he worked with?
(a) Space cadets.
(b) Unstable junkies.
(c) Dangerous felons.
(d) Tortured kids.

2. What does Robby say happened to the people he worked with at the home?

3. What is it that unites almost all the prisoners?

4. What does Robby say he wanted to do after the robbery?

5. What form does John Wideman use for telling Robby's story?

More summaries and resources for teaching or studying Brothers and Keepers: A Memoir.

Brothers and Keepers: A Memoir from BookRags. (c)2020 BookRags, Inc. All rights reserved.