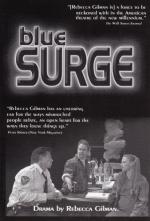 2. How does Curt respond to Sandy's reasoning in Act 2, Scene 2?
(a) Curt is relieved that Sandy is ok.
(b) Curt is furious and calls Sandy names.
(c) Curt calls Beth to tell her where he is.
(d) Curt heads out to arrest the landlord.

5. How does Curt explain himself and the statement he makes about Sandy in Act 1, Scene 8?
(a) Curt means that he shouldn't have expected her to change her career.
(b) Curt means that he lovesd Sandy and is jealous of Doug.
(c) Curt is desperate to get Sandy out of the prostitution ring.
(d) Curt means exactly what he says and hates Sandy for going on a date with Doug.

2. What does Beth say about her feelings for Curt's career choice in Act 2, Scene 3?

3. How did Sandy's apartment get in the state Curt finds it in during Act 2, Scene 2?

5. How does Curt react to Beth's feelings about his childhood?

1. How have Doug and Curt switched roles? Support your answer with evidence from the play.

2. At the end of Act 1, Scene 8, what made Sandy change her mind about letting Curt help her find a new job?

3. Does Curt have any real reason to feel like Beth keeps him around so she can feel good about herself? Use evidence from the play to support your answer.

4. In Act 2, Scene 5, what are Curt's reasons for stealing the money for Sandy?

6. How does Curt react to Beth's suggestion that he move past his childhood in Act 2, Scene 3?

7. Is there evidence in the play to support Doug's feeling that Heather might be faking her interest in him?

8. What does Beth tell Curt in Act 2, Scene 3, that he needs to do regarding his childhood? Is there any evidence from the play to support her suggestion?

9. Where does Sandy go to for help before returning to her apartment to find the padlocked door in Act 2, Scene 2? What happens when she gets there?

10. What evidence from Act 2, Scene 2, supports the fact that Doug seems interested in Heather as more than just a prostitute?