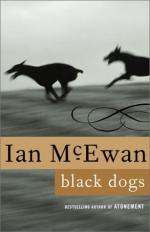 Ian McEwan
This set of Lesson Plans consists of approximately 144 pages of tests, essay questions, lessons, and other teaching materials.

As early as the Preface of the book, Jeremy states that the simplest way of restoring a lost parent is to become a parent yourself. What do you think he meant by this statement? How is it true or false? How does this statement reflect Jeremy's relationship with Sally?

Compare and contrast June and Bernard's personalities and belief systems.

How does Jeremy feel he was used by June and Bernard while she was in the nursing home? How did June manipulate him into getting messages to Bernard and vice versa? How did Jeremy react to being caught in the...