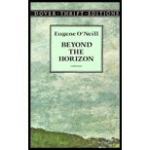 Eugene O'Neill
This set of Lesson Plans consists of approximately 125 pages of tests, essay questions, lessons, and other teaching materials.

1. What does the woman from the missionary ask Dick Scott?

3. What is Ruth reading when Robert comes in and watches her without her knowing in Act 2?

5. What is one opportunity that Andrew says Robert will have by going on the sea voyage?

2. Describe the argument between Robert and Ruth in Act 2, Scene 1.

4. Describe how Andrew has changed since he went away on the voyage.

5. How does Andrew react when Robert says it's too late for a cure and has a coughing fit?

6. What does James Mayo say about Uncle Dick's comment that Andrew would be a better sea-faring man than Robert?

7. What are Ruth and Robert's reactions to the news that Andrew is sailing again the next morning on a ship for Argentina?

8. How does Andrew describe his feelings for Ruth as he and Robert sit on the hilltop discussing Andrew's travels?

9. When Robert dies, how do Andrew and Ruth react?

10. What does Robert tell his family when he returns from walking Ruth and her mother home?

Explain the role of sickness in this play. In what way is sickness believed to be passed from one character to another? How did Robert battle illness as a young child? Does he seem to resent others' view of him as having a poor constitution?

Compare and contrast the brothers' viewpoints about the sea voyage at the beginning of the play. Whose view is more practical? What do you think of Robert's reasons for going? Explain your viewpoint.

What is Mrs. Atkins' role in the play? Provide three examples of how Mrs. Atkins influences the lives of others.

More summaries and resources for teaching or studying Beyond the Horizon.

Beyond the Horizon from BookRags. (c)2020 BookRags, Inc. All rights reserved.