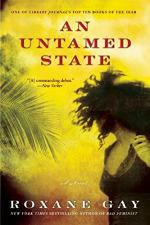 Gay, Roxane
This set of Lesson Plans consists of approximately 109 pages of tests, essay questions, lessons, and other teaching materials.

Write a poem to summarize one of the major themes of the book.

Choose character from the book and create a soundtrack to their life based on their lifestyle and personality traits.

Write a short phrase that reflects an important message or theme to be used on a bumper sticker.

Cast a movie for An Untamed State. Select five characters and assign them a famous actor/actress to portray them in the film adaptation.

Select a character from the novel and create a 10-item recipe for them based on their personality traits, allowing the measurements to vary based on how prominent each trait is for the character (Example for a Harry Potter character recipe: 4 cups of courage, a teaspoon of fear, 1 heaped tablespoon...

More summaries and resources for teaching or studying An Untamed State.