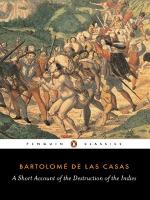 1. What is known about the expeditions to the river Plate?
(a) De Soto died during one
(b) The natives conquered the Spanish at last
(c) Five expeditions were lost before one succeeded
(d) The Spanish continued their brutal ways

2. What was one of the deadliest jobs for the native slaves?
(a) Hauling goods for the Spanish
(b) Harvesting wild grains
(c) Pearl fishing
(d) Mining for Gold

3. Who did Brother Marcos de Niza write to?
(a) The Council of the New World
(b) The Audiencia of Hispaniola
(c) The King of Spain
(d) Francisco Pizzarro

5. What was de Soto's plan?
(a) To take over the New World
(b) To escape into Canada
(c) To rob the natives of their wealth
(d) To kill as many natives as possible

1. What did the king fill with gold for the adventurer?

2. Who did the natives murder?

3. What did the natives hand over to the Friars?

4. What characteristic did Angulo want to see in a commander?

5. The Council of the Indies was more concerned about what than natives?

A Short Account of the Destruction of the Indies from BookRags. (c)2020 BookRags, Inc. All rights reserved.