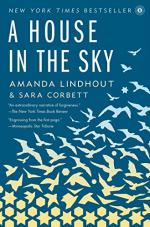 A House in the Sky Chapter Abstracts for Teachers

• Amanda shared details about her life during the months she spent in captivity with Nigel Breannan.

• They named the houses where they stayed and were often moved at night.

• When Amanda and Nigel saw other people, their faces were covered so no one could recognize them.

• Amanda had always believed the world was basically a good place.

• When she was nine, her parent divorced.

• Her father stayed in Red Deer, Alberta, Canada, with his partner Perry.

• Amanda, her two brothers, and her mother, Lori, moved to Sylvan Lake.

• Lori’s live-in boyfriend, Russell, was from the Indian reservation.

• Russell was abusive to Lori, and his extended family would stay at the apartment for days at a time.

• Russell was younger than Lori, and he had been raised like a foster son by Lori’s parents.

• Amanda became close to her older brother Mark when the move...