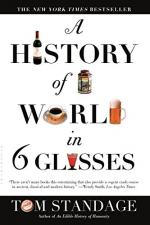 This quiz consists of 5 multiple choice and 5 short answer questions through Part 5: "Tea and the British Empire".

3. Mesopotamia refers to a region that corresponds to what modern-day country?
(a) Iraq.
(b) France.
(c) Spain.
(d) Egypt.

1. When did Charles II take the throne of England, restoring the monarchy?

2. When did King Charles II issue a "Proclamation for the suppression of Coffee-houses"?

3. When was A Broadside Against Coffee published?

4. When did Thomas Twining open a tea shop next door to his coffeehouse in London?

5. Where did Noah plant the first vineyard after being saved by the flood, according to the Bible?