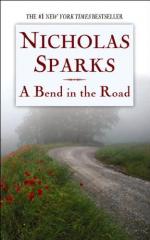 A Bend in the Road Short Essay - Answer Key

1. Who does the unnamed narrator say this story is about? Why does he preface this by telling the reader all about Missy Ryan?

The unnamed narrator begins his story by telling the reader that this story is not about Missy Ryan, but about Miles and Sarah. However, the narrator tells the reader about the kind of person Missy was so that the reader might understand the circumstances that led to Sarah and Miles relationship and the conflict that nearly tore them apart.

2. Why does Miles insist that he is not a smoker? Who calls him a smoker?

Miles insists he is not a smoker because he only smokes one or two cigarettes a day. However, Charlie's wife, Brenda, calls him a smoker because she insists that he smokes enough to make his clothes stink.