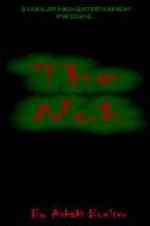 This Study Guide consists of approximately 39 pages of chapter summaries, quotes, character analysis, themes, and more - everything you need to sharpen your knowledge of West African Kingdoms 500-1590.

Early Life. Born in Granada, Andalusia (Muslim Spain), Abu Ishaq Ibrahim al-Sahili studied the arts and law in his native land. Known as a gifted poet, al-Sahili belonged to a well-established merchant family. His father was also known for his mastery of jurisprudence, especially inheritance law. Al-Sahili gained a reputation as a man of letters and an eloquent poet in Andalusia, which by the fourteenth century was known for its rich cultural and religious diversity. Jewish, Christian, and Islamic influences spread throughout the Iberian Peninsula and into North Africa and the Western Sahel. Al- Sahili left Granada around 1321 and began to travel in Egypt, Syria, Iraq, and Yemen.

Architect. In 1324 al-Sahili met the ruler of Mali, Mansa Musa, during his pilgrimage to Mecca. According to the chronicler al-Sa'di, Mansa Musa was so delighted by the poetry and narrative talents of al-Sahili...