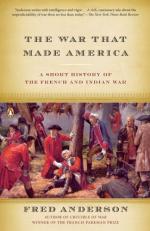 This Study Guide consists of approximately 66 pages of chapter summaries, quotes, character analysis, themes, and more - everything you need to sharpen your knowledge of Revolutionary Era 1754-1783.

Deborah Sampson Gannett was a controversial figure in her own time. Born into poverty, she achieved fame and a certain notoriety only to sink into obscurity again. Assuming male dress and the name Robert Shurtlieff, Deborah enlisted as a soldier in the Continental Army, saw action, and was wounded. She was discovered, and as her story was retold and exaggerated, she became something of a celebrity in the years after the war.

Deborah Sampson was one of seven children born into a Plympton, Massachusetts, family. When her father abandoned the family, Deborah became an indentured servant and was adept at the innumerable chores of farm life. She also learned to read and write, and when she was eighteen, she taught school in the town of Middleborough. Tall (probably 5'7"), strong, and agile with brown hair and brown...

Revolutionary Era 1754-1783: Lifestyles, Social Trends, and Fashion from Gale. ©2005-2006 Thomson Gale, a part of the Thomson Corporation. All rights reserved.