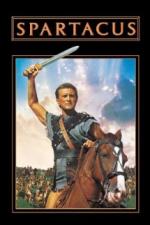 Persistence is Spartacus' most powerful quality. Although he struggles against great odds, he never gives up on his army or their goals. He is a beloved leader because he always thinks of everyone else first.

While Spartacus works in the mines, he refuses to give up and become lazy. He works hard and uses every possible opportunity to fight back against the soldiers. If Lentulus Batiatus had not come at just the right time, Spartacus would even have been killed for his attempts to undermine the soldiers.

As Spartacus studies at the gladiatorial school, he uses the same persistence to help him look for opportunities to escape. When one finally does come along, he takes it and starts a huge revolution of slaves. Spartacus continues to persevere even until he takes his last breath on his cross.

Power of the Masses

There are more slaves in the Roman...