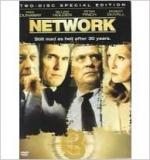 Network is entirely focused on the pursuit of power. In the beginning, Howard is fired because the network wants to gain more power in the industry. Howard realizes that he will have greater power over the network if he announces his suicide attempt on live television. His move does help him to gain power over the network and keep his job although the results are not exactly what he expected.

Diana is also pursuing greater power within the network. She knows that she is smart and forward-thinking, but she seems to be lacking a team and a job that can help her promote herself in the company. She ends up using Howard's plight to move up in the company. She also uses a relationship with Max to get her where she wants to be.

According to this film, the pursuit of power seems to be inherent...