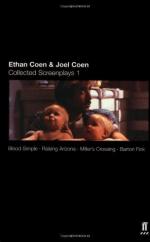 Joel and Ethan Coen
This Study Guide consists of approximately 21 pages of chapter summaries, quotes, character analysis, themes, and more - everything you need to sharpen your knowledge of Miller's Crossing.

Gangsters are a popular subject of many films, including The Godfather. The 1930s were a time of great contests between mob families, as everyone tried to make money off illegal liquor. The stories of the families and their fights helps to highlight the importance of friendship and alliances in life.

Corrupt officials. What good film would be without them? Corrupt officials are practically a requirement for any film dealing with politics, especially when the mafia is involved. The Mayor and the police chief realize that they cannot run the city without the help of Leo...

More summaries and resources for teaching or studying Miller's Crossing.