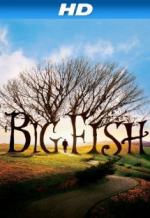 Get Big Fish from Amazon.com
View the Study Pack

Summary: Big fish is a book about a person called Edward Bloom. Edward outran everybody in every way. He tamed giants, saved lives, and all things loved him. Also he knew a lot of jokes.
Big Fish

As Edward Bloom is dying, His son William Bloom tells the story of the life of his dad. Edward Bloom is not afraid of his death and keeps joking until some extraordinary changes happen to his body and he was not afraid because he knows if he is going to die.

Edward Bloom wants to be a BIG FISH in a big pond. Every take in the story has the same story except that the story is made a little bit different in every take. Just like when a story is passed...