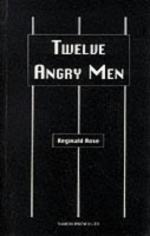 Summary: In the play "Twelve Angry Men," the jurors prejudice clouds their ability to objectively consider the defendant's case. Personal histories of the jurors as well as economic, social and cultural factors all play a role in how they view the legal case.
Despite its flaws, the jury system is our best guarantee that justice will prevail. The flaws which jurors potentially bring to their duty are apathy and antipathy. But the line between virtue and vice is often blurred - experience generates prejudices but can also generate empathy.

In the play `Twelve Angry Men', prejudice often clouds judgment. The 3rd juror, for example, has a strong prejudice against children. His son has grown up, challenged his authority and rejected his values. This is why he is so quick to judge the boy on trial.

A multicultural society adds another layer of complexity. There are not only economic and social, but also cultural backgrounds. This means cultural prejudices of jurors can colour their interpretation of facts and the cultural context of the defendant's actions. There is even debate in the high court about the...